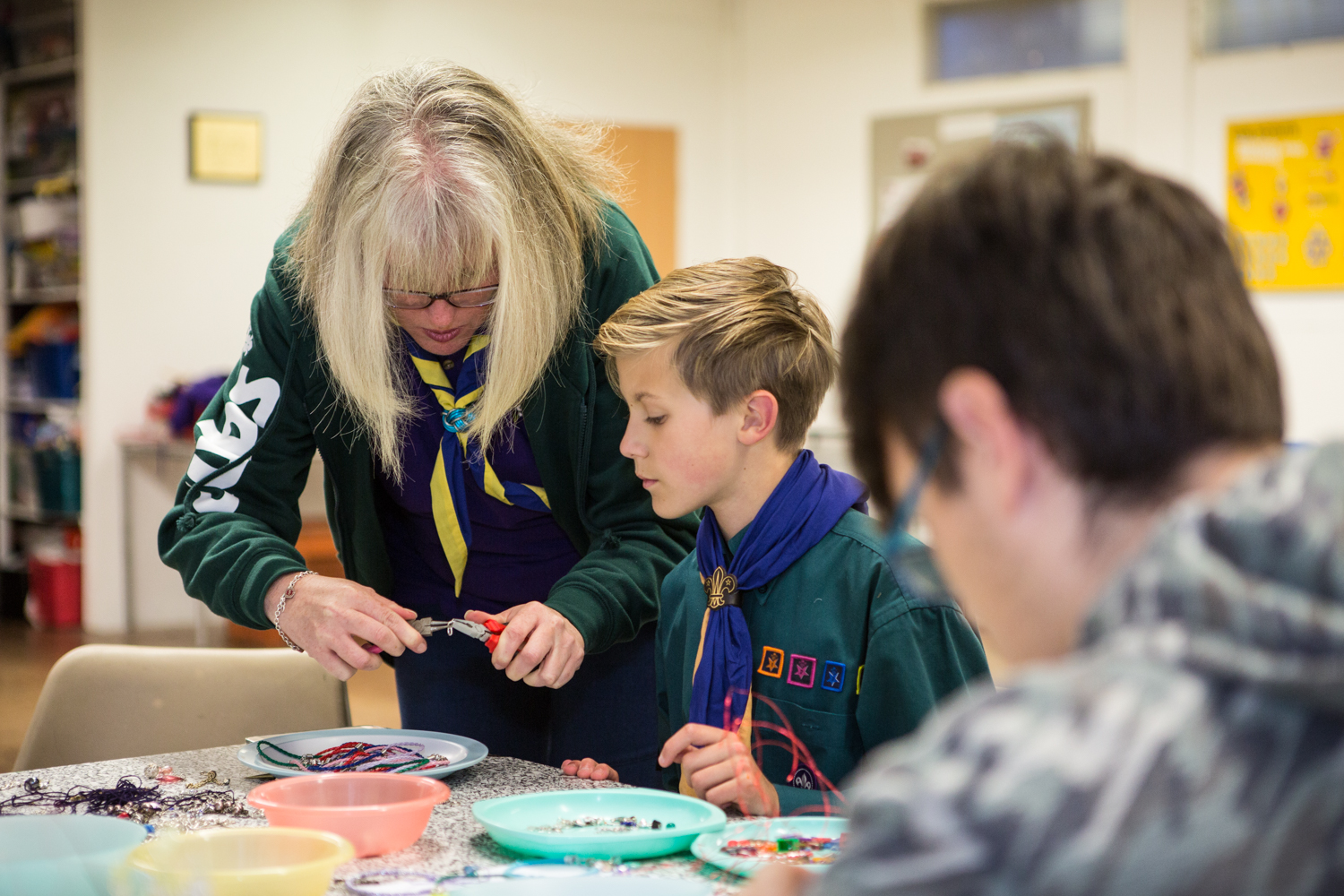 Develop new skills. Soar to great heights. Being a Cub opens up a whole other world.

Cubs meet every week as part of a Cub Pack to take part in lots of interesting and challenging activities – achieving anything they set their minds to, and having lots of fun along the way.

What do Cubs get up to?

Being a Cub is all about growing and learning in small but mighty ways. Here are some of the things they’ll get up to with their new friends.

Race down a river. Tell stories by torchlight. Fall asleep beneath the stars. Alongside their Pack, they’ll spend plenty of time in the great outdoors. Together, they might build a den in a local park, or create an edible raft out of sweets, or go on a moonlit hike through Cardiff. And even though they might not be ready to climb Mount Everest just yet, you’re guaranteed to have plenty of adventures on their own doorstop, because being a Cub is all about making the most of what you have, wherever and whoever you are.

Cubs learn by doing. Some of the skills they will develop will be practical, like knowing how to cook a delicious meal or give someone first aid. Others will allow them to become a master at a chosen hobby, or help them to succeed with a future challenge. But the most important skills they’ll learn at Cubs are the ones that will make you feel confident and happy in their own skin. We call these character skills, and they include things like integrity – which means being honest and doing what you think is right – and initiative – which means knowing how to take the lead on something without being asked. Whatever skills they’d like to learn, it’s all about having the courage to try new things and learn from them.

Cubs work as a team to help other people. Together, they’ll learn about global issues and what we can all do to help solve them. You’ll also make an impact in your own community, through activities such as campaigning to save your local library, collecting donations for a foodbank, or planting trees in a neighbouring park.

All Cubs are members of the global Scout family. Closer to home, they’re also part of a wider local Scout Group, alongside Beavers (aged 6 to 8) and Scouts (aged 10 ½ to 14). When they’re older, they can join Explorers (for 14 to 18 year olds) and – eventually – Scout Network (for our young adult members aged 18 to 25).

Each Pack is made up of young people aged 8 to 10, led by an adult Cub leader traditionally nicknamed Akela after the wise leader of the wolf pack in Rudyard Kipling’s novel, The Jungle Book.

As well as the Cub leader, other adults are on hand to supervise activities, share their skills and keep everyone safe. Other young people aged 14 to 18 might help out, too. These are Explorer Scouts taking part in the Explorer Scout Young Leader programme. Within their Pack, Cubs are also part of a Six. A Six is a smaller group of Cubs, headed up by a Sixer and a Seconder. Sixers and Seconders are Cub Scouts who are chosen to take on leadership responsibilities, such as welcoming new people to the Pack, being extra helpful on camp, or taking charge of a particular game or activity.

As well as enjoying plenty of adventures, being a Cub is about going on a journey to understand who they are and what they stand for. When a new cub joins the Pack, they’ll explore these ideas by making a promise. A promise is a set of words that mean something to a cub, which they’ll try to follow everyday.

Making the promise is a big celebration within the Pack. Every time a new Cub decides to join permanently, they chat through their promise with their Cub leader before saying it out loud in front of their fellow Cubs. Family and friends can come along to see this, too. The process is known as being ‘invested’ into Cubs, and it usually takes place a few weeks into a Cubs experience, once they’ve had time to settle in.

Everyone is unique but there are some things all Cubs agree on – such as the importance of treating everyone in the Pack with kindness, and doing their best to care for the community and wider world in which they live. Cubs make a promise to do their best to make a positive contribution to society. Depending on their own beliefs, they might also promise to live by their faith.

You can find out more about which cookies we are using or switch them off in settings.

This website uses cookies so that we can provide you with the best user experience possible. Cookie information is stored in your browser and performs functions such as recognising you when you return to our website and helping our team to understand which sections of the website you find most interesting and useful.

Strictly Necessary Cookie should be enabled at all times so that we can save your preferences for cookie settings.

If you disable this cookie, we will not be able to save your preferences. This means that every time you visit this website you will need to enable or disable cookies again.